In modern engines, usually a crankshaft sensor is present which generates a periodic signal with a number of cycles per revolution of the engine. The Crankshaft Angle I/O converts this signal into a crankshaft angle signal, showing the exact angle throughout the whole revolution. 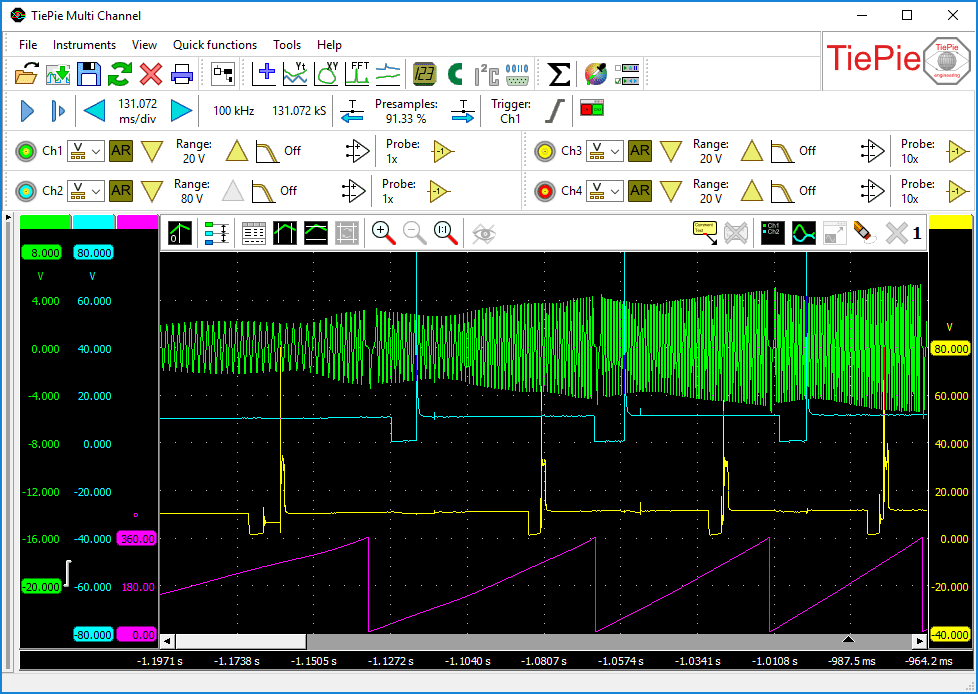 This angle signal can be combined in a graph with an injector signal and/or an ignition signal. Relations between the crankshaft angle and the injection or ignition moments are then immediately visible. 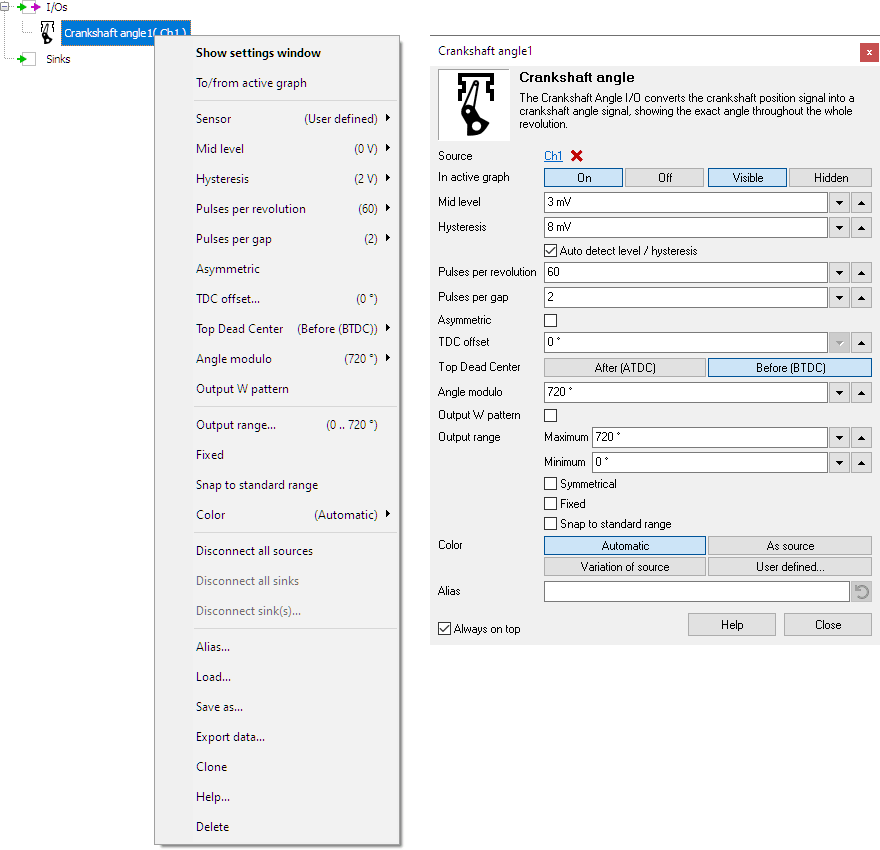 The property Sensor allows to select one of several pre defined common crankshaft sensors. Selecting a pre defined sensor sets other properties like Mid level, Hysteresis, Pulses per revolution and Pulses per gap to the correct values for that sensor.

To detect the pulses in the signal, the Crankshaft Angle I/O uses a voltage level to compare the input signal with. The Mid level property sets this level. Some commonly used values can be selected from, as well as a user defined setting.

For proper detection of the pulses in the signal, the Crankshaft Angle I/O can also use a hysteresis around the Mid level. The property Hysteresis sets it. Some commonly used values can be selected from, as well as a user defined setting.

When Auto detect level / hysteresis is enabled, the I/O tries to determine the the mid level and a suitable hysteresis automatically.

Several commonly used values can be selected from, a user defined setting is available as well. The default setting is 60 pulses per revolution.

The Pulses per gap property must be filled with the number of periods that are "missing" in a gap. When multiple gaps per revolution occur, use the number of missing pulses for one gap.

Several commonly used values can be selected from, a user defined setting is available as well. The default setting is 2 pulses per gap. 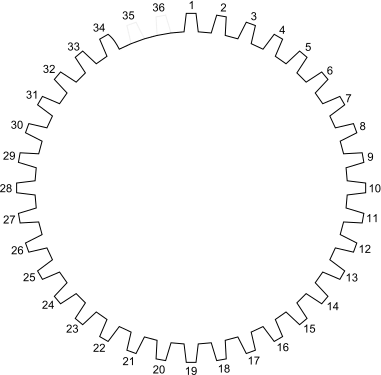 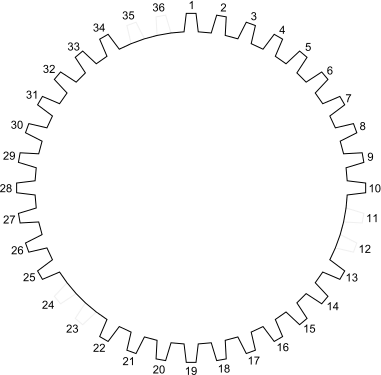 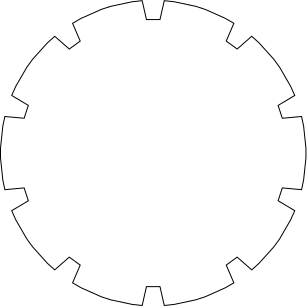 Enable the property Asymmetric to compensate for the asymmetrical pulses and get correct crankshaft angles.

The property Top Dead Center determines how the crankshaft angle is defined:

The default value is Before TDC.

The Crankshaft Angle I/O converts the crankshaft position sensor signal into an angle signal. When the crankshaft position sensor signal contains more revolutions of the engine, the Crankshaft Angle I/O will accumulate the determined angles of all revolutions. By entering a value in the Angle modulo property, the determined angle will be reset to zero when the entered angle value is reached. Some commonly used values can be selected from, a user defined setting is available as well. The default setting is 720 degrees.

When the property Output W pattern is enabled, the crankshaft angle will travel up and down between 0 degrees and 180 degrees. The graph will resemble the shape of a "W" and represent the position of a piston traveling in a cylinder.