A typical application of the Filter I/O is to remove unwanted frequencies from a measurement, which may negatively affect further operations on the measured signal. 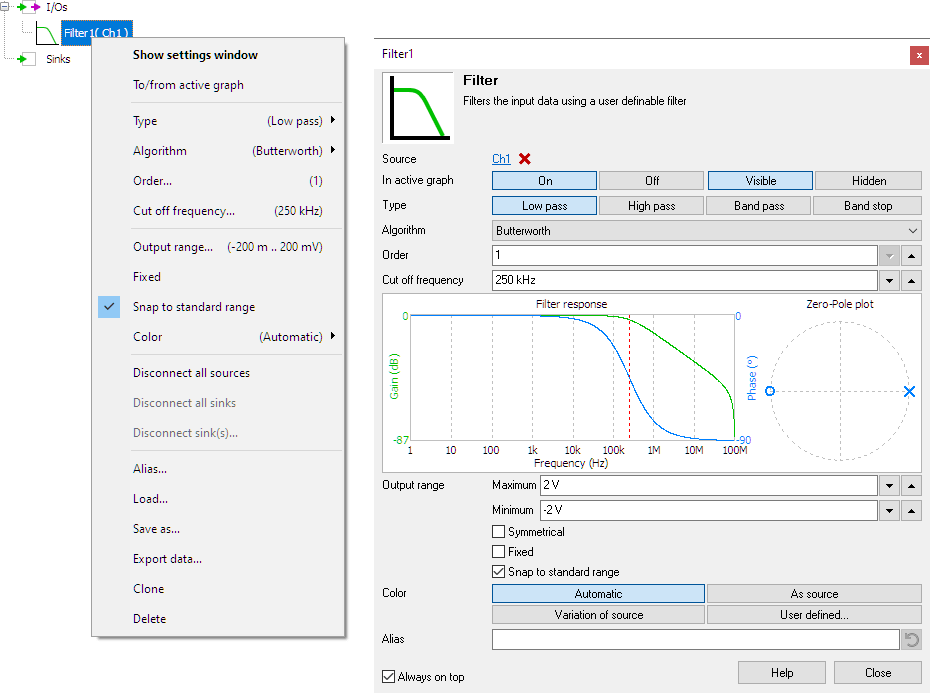 The following filter types are available:

A Chebyshev filter has ripple on its pass band but it gives a steeper roll off. The user can select how much ripple is allowed on the pass band such that the selectivity gets higher. A lower ripple also means less steepness.

The Peak algorithm is only available for the Band pass filter.

The Notch algorithm is only available for the Band stop filter.

The Order of a filter defines the steepness of the roll off of the filter. A higher order gives a steeper roll off. Additionally, a higher order also gives a larger phase shift or delay.

The Bandwidth defines the width of the band around the Center frequency where the output of the filter is -3 dB lower than the input. The bandwidth is only available for the Band pass filter and the Band stop filter.

The Pass band ripple defines the amount of ripple in the pass band of a Chebyshev type I filter.

The Stop band attenuation defines the attenuation of the stop band of a Chebyshev type II filter.